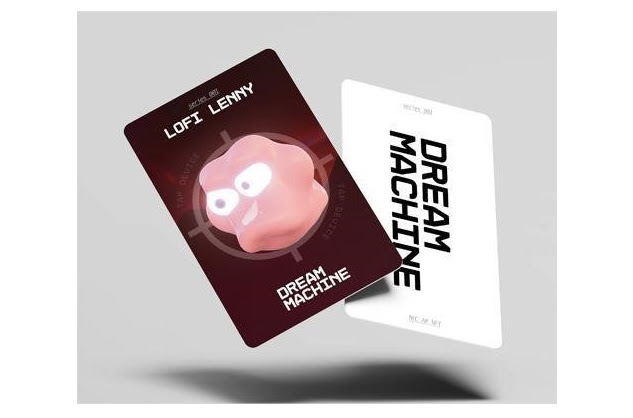 DreamMachine.ai Launches on November 29 (CNW Group/Wondr Gaming Corp.)
DREAM MACHINE is described as “a computer that dreams in chill beats and algorithmic beings” resulting in an always streaming, never repeating audio visual universe. The chill beat station of the future uses thousands of inputs and randomly generated variables to create characters and arrangements designed to immerse users in relaxation and productivity – chasing your dreams, or making dreams.

With Wondr in early 2022, fans will be able to mint their own dreams – NFT instances of beats and visuals that only they own, complete with collectable physical NFC/AR cards of the Tier 1 mints that blur the line between URL and IRL.

“As an entertainment company serving the GenZ & Millennial gaming world, we see the metaverse and all its iterations as an emerging environment where our loyal TikTok, Instagram, and Snapchat followers continue to spend a considerable amount of time. Our partnership with DreamMachine.ai is a great opportunity for us to broaden our product offering to this growing universe, which is largely made up of the same viewers we reach on other social platforms.” – Jon Dwyer, Chairman & CEO at Wondr Gaming.

DREAM MACHINE’s engine makes instantaneous decisions on everything from key to mode to tempo through to the melodies, rhythms, drums and sounds. Dream Machine is plugged directly into the live visual universe created with cloudian characters that are randomly generated with each unique track coming out of the machine.

The platform is out today on dreammachine.ai and launches artist integrations with The Kount and Datsunn in the coming months. Future pop ups and events are soon to be announced. All leading up to our NFT launch on the Wondr platform.

DREAM MACHINE is the brainchild of James Peck aka Memorecks, a composer and producer who has worked with artists like Dom McLennon of BROCKHAMPTON and Zeds Dead, currently developing projects in Toronto with Space Agency.

“We’re excited to be working with Wondr on our Dream Machine NFTs,” said Dan Berzen, Space Agency’s Partner and Creative Director. “Our aim is to build things millions of people might love, and that aligns well with Wondr and its differentiators. We’re looking forward to lowering the barrier and raising the compatibility of NFTs for our fans and community.”

Space Agency is a strategic and creative consultancy in Toronto focused on ideas with gravitational strength. Lending ideation and production services to some of the world’s most culturally relevant brands.